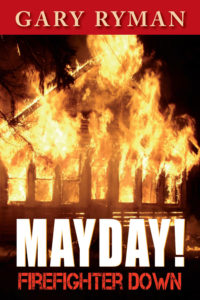 Lieutenant Dave Michaels is a chief officer in the making, according to some, as is his best friend, fellow officer and brother-in-law, Matt Thompson. After an intentionally set fire kills Thompson, Michaels begins to investigate the fire himself, angered by the slow police action.

A series of similar fires convinces him that the key lies with the buildings’ owner, the ex-wife of his deputy chief. But Michaels’ dogged pursuit of the arsonist eventually puts him at odds with his superiors and a gritty, old-school detective named Witkowski.

And it’s not just his career that’s in danger. Michaels’ life is also on the line as the arsonist has a plan to permanently extinguish the fireman’s burning desire for justice.

Purchase Ebook for the BN Nook